Our 2021 Lecturer was George The Poet

We were delighted that George The Poet, musician, writer, campaigner and podcaster, agreed to deliver the 2021 Longford Lecture. His theme was ‘Change From The Inside: What is possible inside prisons, that is not possible on the outside?’ His lecture took place at Church House, Westminster, on Thursday November 11 at 6.30pm. It is available to watch by clicking here. The event also featured the award of the Longford Prize to Women in Prison and the reading of the Pinter Poem, and saw the inaugural Kevin Pakenham Award presented by Ronke Phillips Pakenham to the scriptwriter, Jimmy McGovern, for his BBC 1 series, Time, set in a prison. 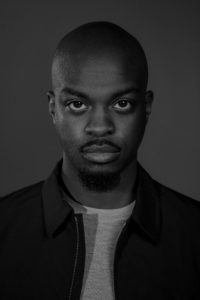 George is a London-born spoken word performer of Ugandan heritage, who has worked with National Prison Radio, and with prisoners in various UK jails. His musical poetry is critically acclaimed and he has appeared as a social commentator on Question Time and regularly on Radio 4. His ‘Have You Heard George’s Podcast’ has won many awards, both here and in the States.

In his 2015 Longford Lecture, available (right) as a Frank Talk, the writer, broadcaster, actor and comedian drew on his own observations over many years of the “collateral damage” done to the families of prisoners by their rough treatment by the authorities.

Looking Back and Forward

Michael Gove, the former Secretary of State for Justice, a new brush when in charge of prisons in England and Wales, offers in this Frank Talk (right) a wish-list of reforms that are urgently needed to reform our criminal justice system.

“In prison not a lot can happen, the daily routine providing a regular if monotonous structure to life behind bars. For the family outside everything can happen…Daily life becomes a series of little lies and deceits as parents or relatives have to deal with the question of what to tell the children.”

Watch What We Do