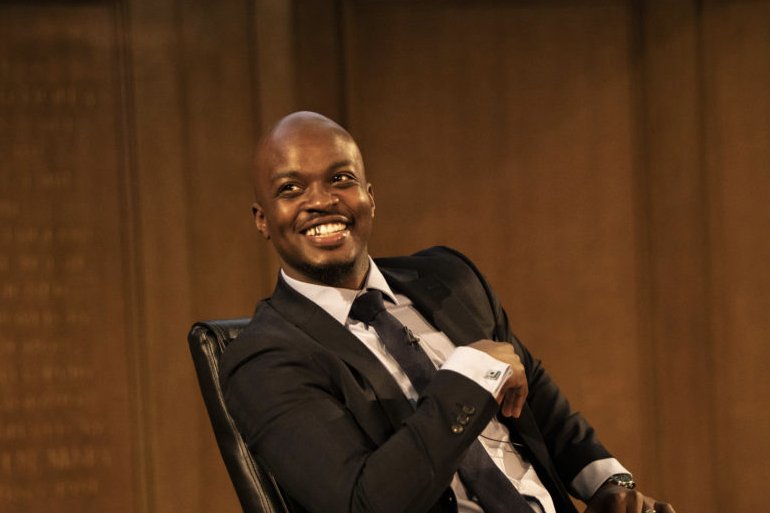 He talked about the game being rigged – not just in prisons and the justice system but across society. He said ‘there are no choices without chances’, proposing that prisons should be re-modelled as development centres with opportunities, rather than detention centres.

George’s words  [watch again here] continue to resonate, so much so that months later former scholar, Richard got in touch with his own reflections:

Inside you have time, time to reset. On the outside, we wish we had more of it.

Spending three years in prison from 2007-2010 gave me insight into how the prison system is ‘rigged’, stacking the odds against individuals, focused on punishment rather than rehabilitation.

I only heard the word ‘rehab’ in association with drug taking. What I experienced was underfunding, undertrained/skilled staff in rehabilitation, limited options, limited information, limited support and guidance. I pushed for avenues to develop and use time wisely, but was told, ‘we’re not geared up for people like you’.  People like me, wanting to use my time productively, rehabilitate myself. A strange response to me under the circumstances.

I took Carpentry City and Guilds, Business Studies and Personal Training courses until funding lapsed on all. I even managed, through special permission from the governor to gain internet access to complete my University application (at first denied) and just squeaked into the Autumn 2009 intake.

When I went to prison it was my first offence, devastating and traumatic for everyone involved but I had all the support anyone could want in that situation. For that I consider myself lucky. Many friends inside weren’t so fortunate. I did ok in school but I couldn’t help but question what hope there was for those spat out of school, in care, or just not encouraged when young in school, or even by their parents.

Education, work and health are the basic principles in society.

The Game is Rigged: Detention Centre or Development Centres?

34% of prisoners read at the level below an 11year old. This is no coincidence. It’s good to see we now have a prisons inspector, Charlie Taylor, who is determined to address this literacy defecit.  Prison is the last line of defence in my view, it must be a duty of society to provide these opportunities, a real option to rehabilitate, a second chance I thought. This doesn’t need to be traditional education, it starts with support and information of where to start, developing and building on your interests with opportunities associated to those outside the prison walls. A place of hope and clarity. Only then can everyone in prison look in the mirror and decide to take that option of development, or not.

Without this support the game must be rigged, right?

The only ‘help’ preparing me for my release focused on the need to tell an employer I have a criminal record and that it will never be classed as ‘spent’, emphasising to me it was against the law not to disclose.

In the first five interviews after finishing my degree I declared my record, resulting in me not moving to the next stage. In my sixth interview I said nothing, went through 2 interviews and got offered the Job. I then declared it and it was not an issue. I have moved companies five times since, all with the same outcome. I’m not necessarily advocating this approach but certainly at that time it seemed the only way to move on.

Hope and Chances : ‘Making it a worthwhile place to be’

I didn’t want to become part of the system and a statistic. Educating or bettering myself however I could was a MUST, a driver for me and I’d urge everyone to think alike. There should be a trained staff member who goes around prisons, like a career advisor in effect, understanding what skills people possess and how those can be transferred into society. Would vocational, education or simple support and mentoring help?  What avenues of funding are available post release? What level does an individual need to be at on release to access a college course and help devise a road map to get there. Starting off is the hardest step of all. It’s about problem-solving – we all need to do it from time to time.

I can’t help thinking it would be great if prisons were like colleges and universities, specialised in certain areas: prison radio, cookery, trades, creative and arts, sports.  Again, become places of hope, providing the opportunity to develop an individual for their release, a successful release. Educating on not just subject matter but on life. Interpersonal skills, money management and communication are more important than ever. Giving people information on moving out of their home area, how they’ll feel, and what a new chapter can bring. And credit where credit is due it’s great to see local and national businesses, especially in construction starting to recruit from prisons. It’s an obvious talent pool, individuals can be fully trained and on site in just 12 weeks. Though maybe we shouldn’t get into the prison building plan (that’s another blog!).

So, as George the Poet says, there are no choices without chances and for now it’s largely up to organisations like Longford Trust and others to provide real tangible chance. They gave me that second chance and support I much needed at the time, 6 months prior to my release I met my mentor and secured scholarship funding which paid for my accommodation. They helped me to get a part time job and I moved from prison to university life with as little baggage as possible.

In truth, most critically they believed in me. They believed in my ability and the financial help fostered my ability to focus on my studies despite being severely dyslexic. It put me near to the opportunities my class mates had with emotional and financial support from their families. I completed my degree with a 1st class honours degree, top of my class in Project & Construction Management. With a chance given to develop, other successes will follow. There is no doubt.

I have gone on to manage over 300 men on site in central London, built some of the most prestigious, high-end hotels you can imagine to the tune of over £80m.

It all started somewhere and it’s quite easy to pinpoint. It began the day I first met my mentor.

If only the same level of hope, opportunity and belief in potential were hardwired into the prison system, then we’d have something to celebrate.

You can watch George the Poet’s lecture here.