And her title was ‘Catch Them Before They Fall’

Mina Smallman delivered our 2022 Longford Lecture. Her theme was ‘Catch Them Before They Fall’, a plea for early intervention to stop young people getting embroiled in the criminal justice system, and for forgiveness. It was explored by Mina in conversation with Ronke Phillips, senior correspondent of ITV News, London.  The lecture took place at Church House, Westminster, on Tuesday November 22 and was chaired by our trustee, the broadcaster, Jon Snow. The event also featured the award of the 2022 Longford Prize, shared between Brendan Ross of the St Giles Trust and Koestler Arts, the reading of the Pinter Poem by actor and former Longford Scholar, Jack Rolf, and the presentation to business leader James Timpson of our annual Kevin Pakenham Award 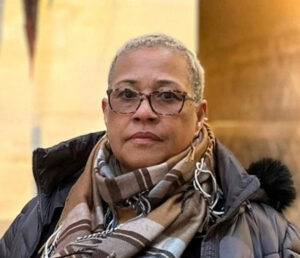 The first female Church of England archdeacon from a black or ethnic minority background, Mina is a former prison chaplain and secondary school teacher. In 2020, two of her daughters, Nicole and Bibaa, were murdered in a north London park. Their killer received a life sentence. In December 2021, two Met officers who took photographs of the murdered sisters and shared the images to social media were jailed for 33 months.

If you want to register to receive information about our 2023 Longford Lecture, when it is released in the late summer of 2023, contact Sara Boxer at office@longfordtrust.org