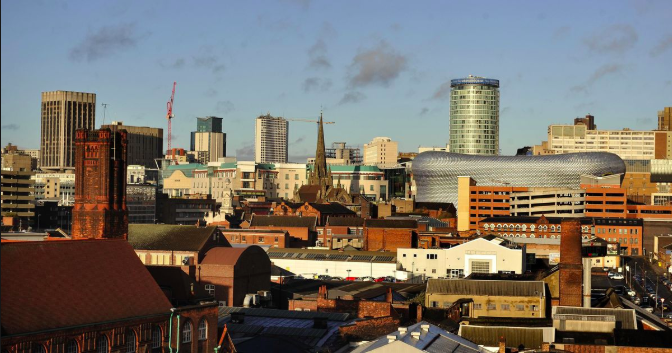 Making the most of an unexpected opportunity, Longford scholar Gareth Evans reflects on his internship with a Police and Crime Commissioner….

The chance to do a paid internship at the West Midlands Police and Crime Commissioner’s office in September came late in the day just as I was firming up my summer plans. I didn’t hesitate to jump at the chance. Though, a small part of me worried a policing institution might simply have an ‘ex-con’ in for a few weeks to make the tea. I wouldn’t want to overstate this, but it was a niggle at the back of my mind. I needn’t have given it a second thought.

On arrival, I looked around the office in central Birmingham and was asked to decide what I could best help with.  I had been told to expect the organisation to be welcoming and open-minded. I couldn’t have asked for more. As a criminology student, I am determined not only to apply my adverse experiences to academic theory but also to offer positive, real world social value for others. This was my chance.

Initially, I chose to focus on an ambitious project to improve young offender services, particularly for those in insecure housing after release from prison. To begin with I reviewed the academic literature and local provision.

We know that policies don’t always translate perfectly into services on the ground. We also know that typically those with first-hand experience of policies and their shortcomings, are best placed- but least likely – to be asked for their insights. Basically, I thought it would be a good idea for everyone to work together!

I began to envisage what a more holistic and sustainable intervention could look like. The question was, how could we gain the support of lots of different organisations with their own unique character and purpose? In the process of seeing up-close how social policies are implemented it became clear that each bit of the jigsaw – the NHS, the Crown Prosecution Service and the police- all have their own resource constraints and are driven by often incompatible bureaucratic demands. Regardless of how much people realise things need to change – and everyone I met did- it struck me that breaking out of current practices is not easy.

“…However, the extent of further work needed… I fear, is beyond the scope of my internship.”

But I’m pleased to say the story goes on.

By the end of my four weeks, exceeding expectations for myself, I had devised a housing strategy for young offenders; reviewed and revised the regional Drug Intervention Programme; and contributed to efforts to address gang violence. And what I did matters. For instance, I was delighted when I was then invited to meet the Housing leads for the West-midlands Combined Authority.

However, my proudest achievement from the internship, so far, was involving the real experts, those who from personal experience, know where things feel most difficult. My best memory is of sitting in a meeting with Marie-Claire (of New Leaf C.I.C) an awe-inspiring social entrepreneur who is doing remarkable work to help people make positive changes after prison. The opportunity to make the most of my own and others’ experiences to influence top police commissioning representatives in the West-midlands, felt empowering. It reinforced what is possible when the right people are in the room listening to each other.

And it doesn’t stop there. A flourishing relationship has begun, where the people who ultimately make the decisions about how to address some of our most troubling social concerns have the right information. At the same time, those of us who have lived in, through and been the cause of these issues now have a place in the room.

As a Longford scholar coming towards the final few months of my degree, I hope I have helped honour the trust and the opportunity they and the Police and Crime Commissioner’s Office offered me. I continue to talk with my now friends in Birmingham and am grateful for the opportunity. The work continues and new relationships are being fostered between those who deliver services and those who have direct experience of them.

Hopefully, my placement is a sign of a wider culture change.

And finally, to anyone offered an opportunity like this, I say grab it. It’s an adventure with unexpected opportunities and friendships. You won’t regret it.