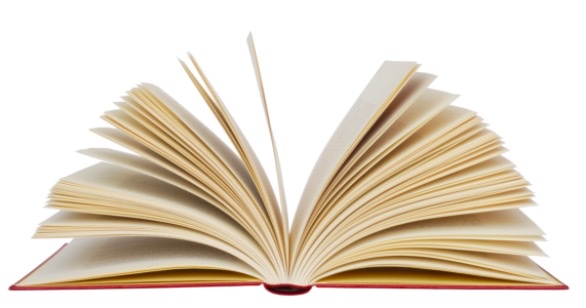 Why You Can’t Better A Christmas Book

If you’ve got a spare moment this festive season, for Longford Blog former scholar Dempsey tells his story of prison, Christmas, books and their power to transport us wherever we find ourselves

A supermoon shining older and colder than superstition cast a wintry light over London while the world hurried over cobblestoned streets to the seasonal sound of bells.  Gleaming brass bells ringing hopefully and insistently in the white-gloved hands of the streetcorner Santa.

From high-end boutiques dressed up and down and all around in silver and gold, from the gap-toothed vendor selling bourbon-laced eggnog with candy cane straws, to the young and old church group singing “We Three Kings” beneath a Victorian-era lamppost, make no mistake about it, Christmas time was here.  Here holding the candle of religion in one hand, here bearing the torch of commercialization in the other.  “Ring-a-ling, hear them ring, soon it will be Christmas Day.”

I was headed toward Hatchards, a Piccadilly bookshop that has been doing business in greater London since the 1700s.  I walked into the carpeted shop and over to a vintage end-table neatly stacked with contemporary works of fiction.  On an adjacent end-table were books of military history.

Surveying the shop as if I were about to rent a room, I could sense its comfort had been earned rather than given.  The place looks venerable, smells venerable and, with its glossy mahogany tables, ornate banisters, and green-shade bankers’ lamps, feels venerable.

I found the section with the works of Charles Dickens in paper- and hardback resting on high shelves and long tables. Taking David Copperfield in hand, I sat down on a well-worn burgundy leather Chesterfield that felt like the ne plus ultra of comfort.  While I reread the first page of the classic for the first time in a long time, an orchestral rendition of “Carol of the Bells” stole through the entrance whenever someone entered or left.  I felt a deep sense of belonging in that bookshop, a supreme contentment created by the holiday season, antiquated atmosphere, and the ghosts of all those Dickens characters floating from stories of the long ago.

I didn’t always have the luxury of visiting an elegant bookshop in a cosmopolitan city because I had been in prison for most of my life.  Been right behind the looming concrete walls of a prison in a part of New York State that stayed cloudy, stayed dreary, stayed brutally unsympathetic and impersonal, but most of all, simply stayed.

I was occasionally asked how I did my time.  How I served a lengthy sentence without breaking down and dissolving into the earth.  I invariably replied that I was saved by the novel, spared the destruction of imprisonment because of the novel’s ability to transport the mind, reroute and redirect thought and feeling.

The novel can entertain as much as it can sustain.  Books also shore up the abiding loneliness of imprisonment.  Lessen the sting of prolonged banishment.

In prison books are my world

A large part of life consists of the people who come and go from your life.  Some people you don’t mind never seeing again, others you do.  Books, their characters and the stories they tell become your friends.  Friends who remain.  Important and towering allies in an often cold and alienating world.

In prison books were of paramount importance to me.  When I was young, I felt that my friends were my world.  In prison my books were my world.  They were fulfilling and reliable and if I’ve yet to fully express what the novel has meant to me and can mean to anyone, I’ll offer up the words of F. Scott Fitzgerald: “That is part of the beauty of all literature.  You discover that your longings are universal longings, that you’re not lonely and isolated from anyone.  You belong.”